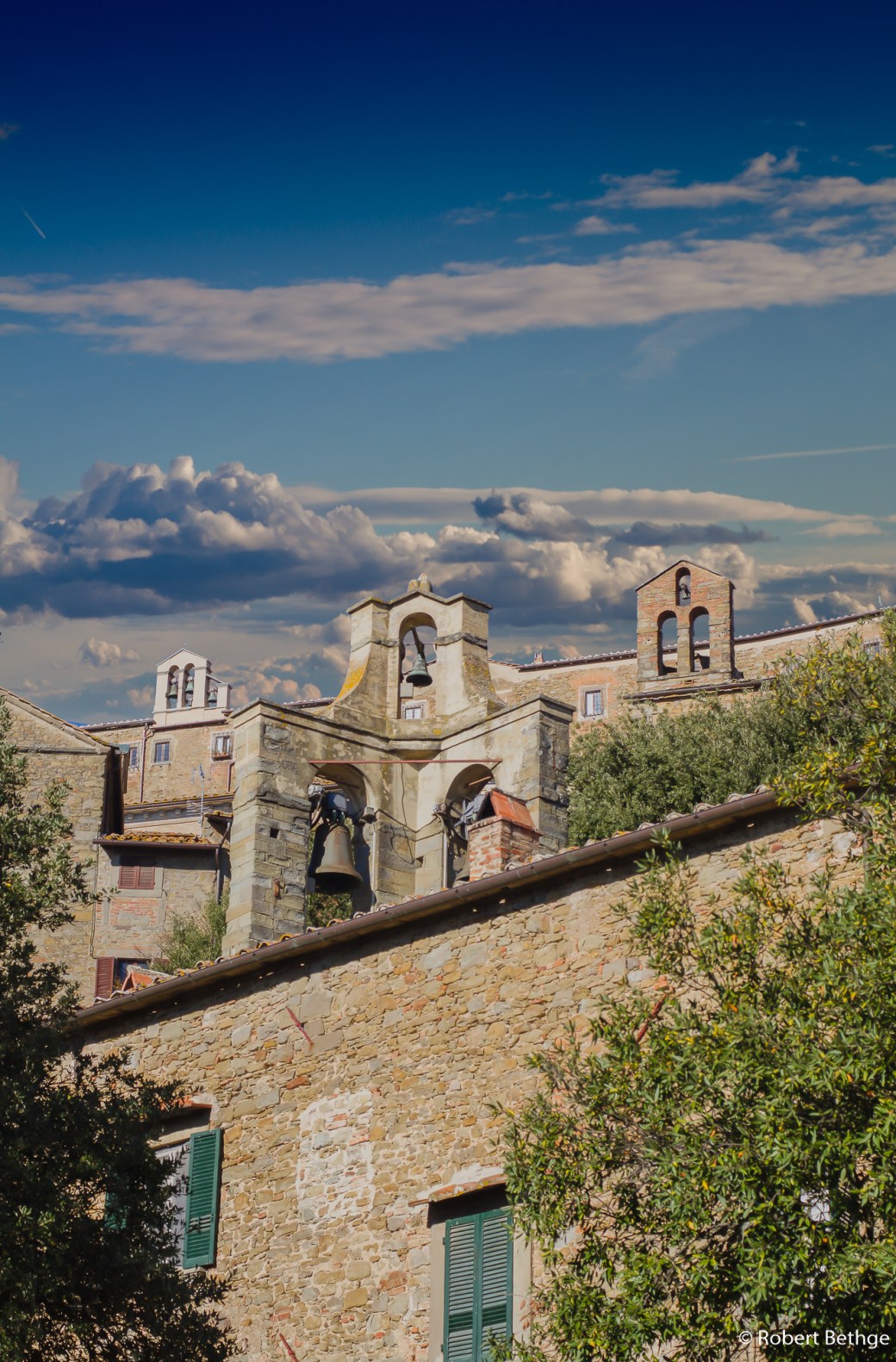 My very first assignment as a pet sitter brought me to Cortona, in Tuscany, Italy, close to the border to Umbria. I was supposed to look after a very people shy, elderly cat, who had turned blind a while ago (my greetings go out to little Anna!).

I had taken the train from Vicenza, where I had spent the summer. Having shoved the bag with my bike into the train, I was gliding through the most beautiful Tuscan landscape and couldn’t wait to explore some of these mountains by bicycle. It already being begin of November I was hoping to still be able to squeeze a couple of days of bike riding out of my stay here. As we were gliding by these Tuscan hills, I spotted what turned out to be ancient Cortona. I so much enjoyed the view that I almost forgot to get ready to get off the train, since it turned out that this beautiful, medieval city I was admiring from the train window was indeed where I was heading! I couldn’t be happier!

Sue, my host (the lady with the blind cat), had booked me into an apartment for a night, from which I took the photo on the left.

Soon after I had checked into Sue’s apartment once she had left to the US I shouldered the backpack with my camera equipment and headed for Cortona. It turned out to be quite the march! Nothing in Cortona is flat, and people in the mid ages must have thought “The steeper the mountain I build my city on, the better!”

Cortona is very touristic, every stone, every window seems to be arranged for tourists, which for me is a bit of a turn-off. There is probably not a soul in the city, cats and dogs included, that don’t life off tourism. I prefer it a bit more authentic, even if it means a bit dirtier, a bit grittier. I once joked with an Italian friend of mine in Munich: You guys manage to take the garbage out, and it ends up looking pretty. In Germany, garbage simply looks like garbage.

Little of the origin of Cortona is confirmed scientifically, but myth has it that Cortona was founded by Crano, son of Noah, 273 years after the Great Flood, which would make Cortona Italy’s oldest city (source: Cortona – Italy’s Oldest City?). I leave it up to you to decide whether you want to believe these myths, but it certainly feels right when you’re in Cortona.

Not far from Cortona is Lago Trasimeno, a fairly large lake, here seen in the distance from Cortona. Especially the northern shore is worth visiting, with some nice ice-cream parlors lining the shore. Lake Trasimeno has it’s own interesting history. Don’t be surprised to stumble over some elephant bones while walking along the shoreline. Did you say elephant bones?? The animal with the grey….? Yep! You probably have heard about Hannibal (not the one from The Silence of the Lambs), and how he came across the Alps from Carthage 217 BC (today’s Spain) with his elephants to give the Romans a hard time? One of the decisive battles during Hannibal’s attack against Rome took place at or close to Lake Trasimeno. The exact location is unknown today, since the lake used to reach further north than it does today. The Battle of Lake Trasimeno in terms of number of men involved remains the largest ambush battle to this day. Hannibal ended up occupying much of Italy for many years, but was eventually driven out of Italy and forced to go back to Carthage by an counter attack of Rome (Sources: Hannibal, Batte of Lake Trasimeno, Second Punic War) .