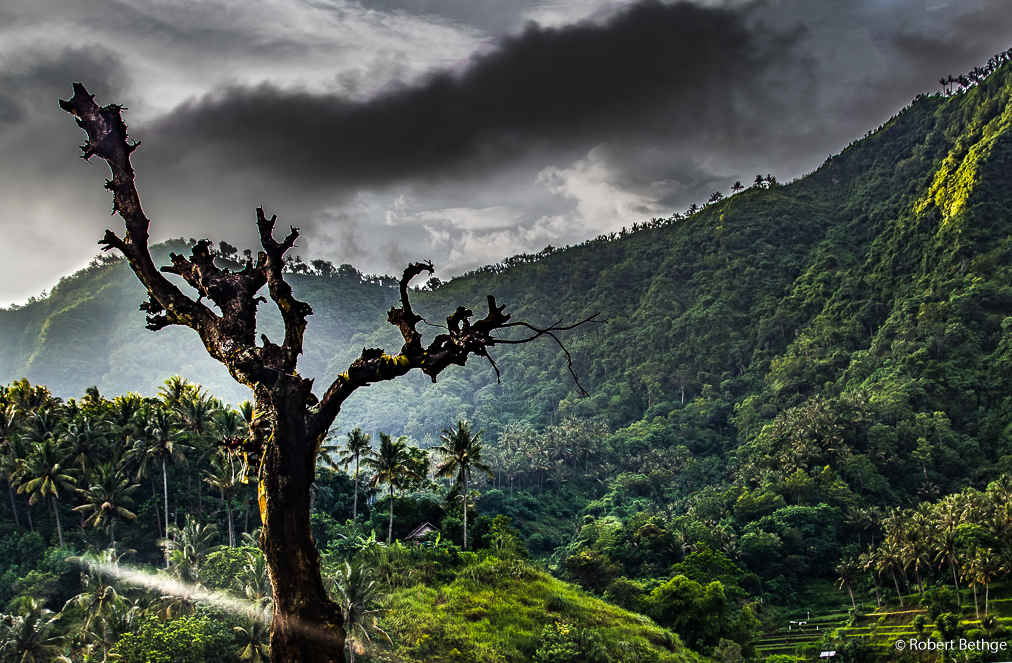 This is the 2nd post of my sequel “Paradise Found: East Bali”. If you haven’t read my post about how I actually ended up in Bali, click here.

If you fly to Bali, you land at the Denpasar International Airport, which is in the very south of the island. Most of the tourist resorts are in the south or in/around the city of Ubud, which is a bit north of Denpasar.

The Long Road to Amed

I was heading to the very eastern tip of Bali, to a little fisher village called Amed. My driver told me that even though Amed is only some 90 km away, I should get ready for a 3 hours drive. We headed along the coast, through busy and hectic Denpasar, but soon the scenery became more and more rural and the road increasingly winding. The sun was setting already and soon I could only guess what our environment looked like.  The driver had not been kidding: It indeed took us three hours to reach Amed. The road, even though very curvy, has been good. Only the last kilometer we entered a road that made me fear for my dear road bike. Soon we stopped as the last one hundred meters we had to walk by foot along a narrow path alongside a rice field, surrounded by palms. It was time to greet Vicky, my host, and Bajo, the dog I was going to take care of for the next four weeks or so. I had arrived at my jungle lodge! Chicken and roosters were running free, so were the lizards and geckos…what a different environment from metropolitan Bangkok I had just left some 12 hours ago!

A Hike into the Misty Mountains

The next day we went for a hike into the local mountains. All along the way people were greeting us, kids shouting “hello, hello” even from far away.
After passing a small creek, I wanted to take a photo, but I noticed an older woman getting ready to take a bath in the creek…and she was taking off ALL her clothes! So I thought twice about taking a picture and lowered my camera. Also this is Bali: Raw, original, innocent.
The higher we hiked, the steamier it became. At one point of time, I couldn’t even take pictures anymore, because my camera kept fogging up.
I was fascinated by the wild landscape: Mountains that seem to have risen from the sea just yesterday…steep and precipitous. Yet farmers had claimed even the highest and most inaccessible slopes for their crops, engulfed in low hanging clouds most of the time.