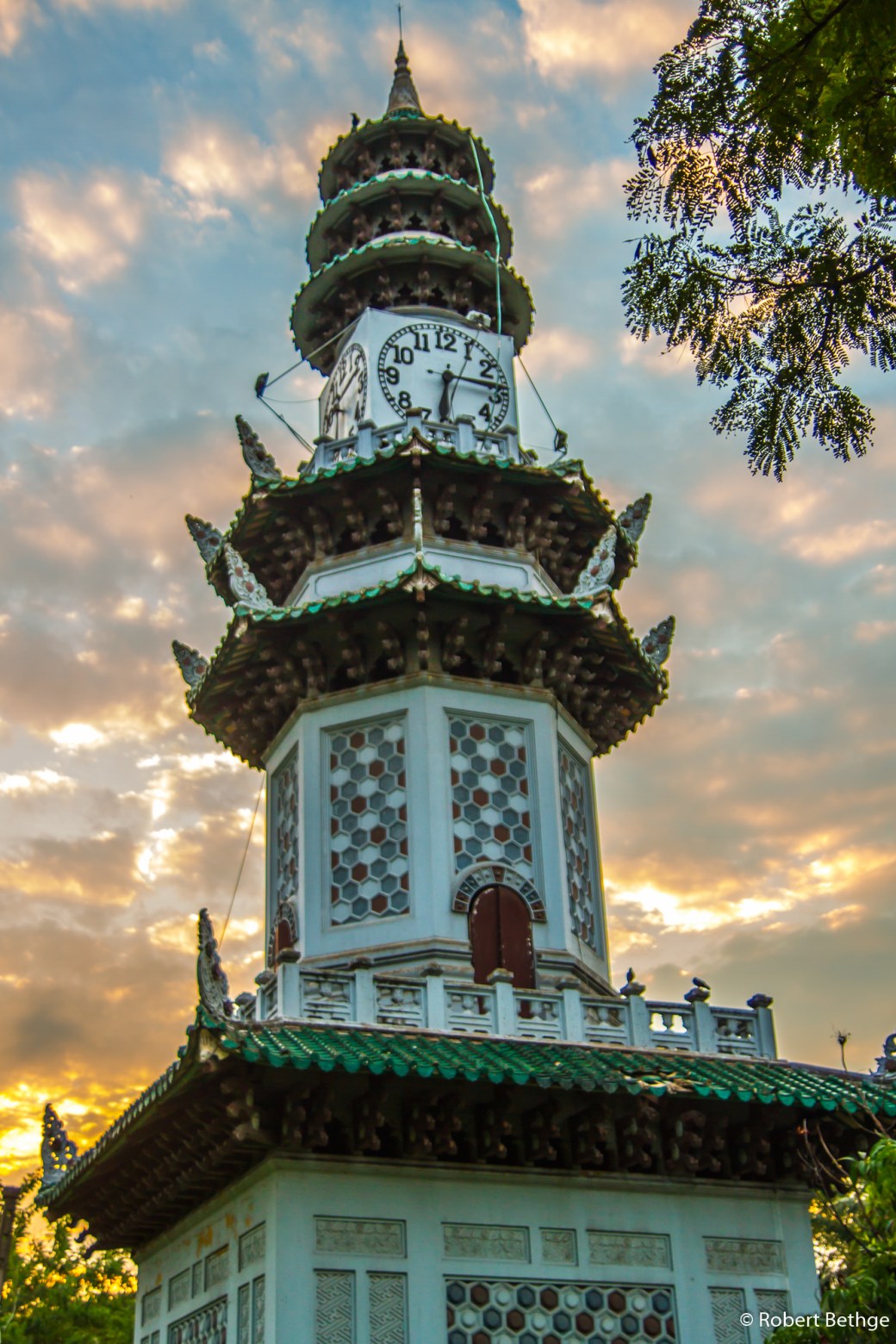 First time Bangkok, first time Thailand, first time South-East-Asia… so many firsts! Arriving at a new place is interesting and intimidating at the same time. Will it be safe? Will I like it? Will I feel lonely? 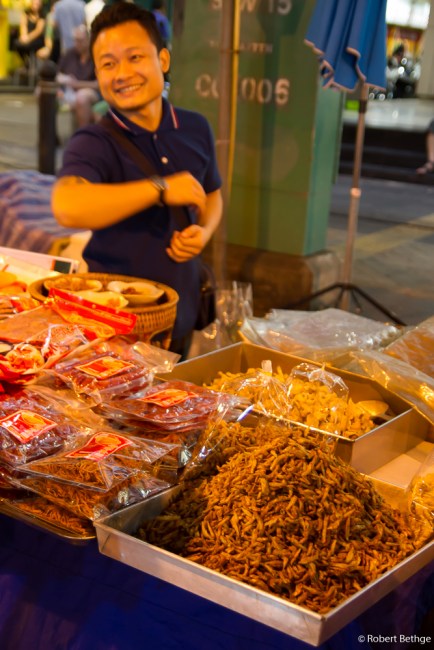 The room I had booked with AirBnB is right in the middle of crowded, hectic Bangkok. Asia, as you imagine it. I like that. I wouldn’t want to be in some tourist resort, only surrounded by other tourists.

Here are some of my first impressions. Street food everywhere. Delicious smells, foods I’ve never seen before, foods I wouldn’t dare trying. Not yet.

The food is cooked and eaten right at the street, on the crowded sidewalks, people rushing by continuously. Communication is difficult, English more the exception than the rule. A lot of pointing and talking with “hand and feet”, how we say in German. One of the first words I have to learn in Thai is “not spicy”, since Thai food can be hellish spicy. Street food is cheap and good: For between 1 and 2 Euro you get a decent, delicious meal. So far I’ve been able to avoid the “Thai quick step”, as my Swedish friend Fred who I met during my first day here calls it. I leave it to your imagination to figure out what that is…. 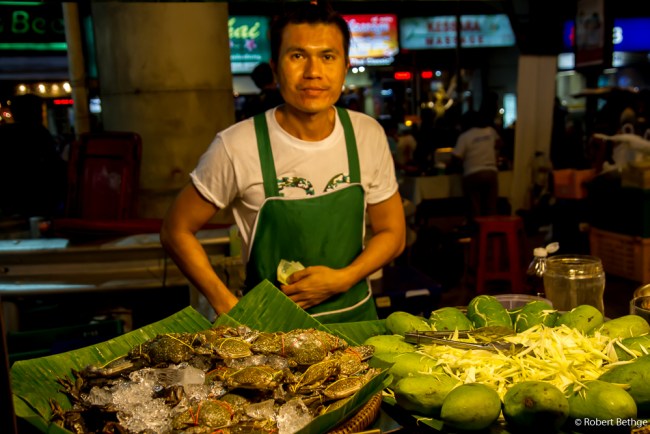 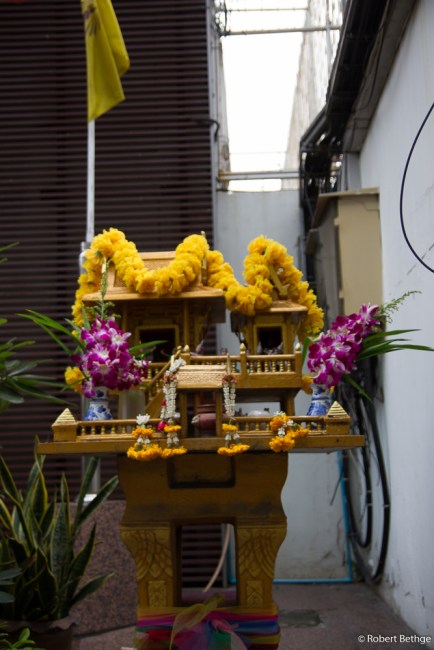 Almost every building has a little shrine like the one shown here. Here is how Fred, who lives here permanently, explained that to me: If you erect a building, you take the lot from the spirits. In order to not upset them, you need to give them something back. Hence the shrines. If you don’t, bad things might happen. And since everybody is going to be on the edge if you don’t build a shrine, it often becomes a self-fulfilling prophecy.

Bangkok is not necessarily a beautiful city. Interesting yes, colorful yes, but beautiful…no. In contrast to Budapest, where almost every facade is a jewel, you end up shaking your head at some of the facades here.

On Sunday I went to Lumphini Park, a green oasis in the otherwise hectic and crowded Bangkok. Lots of joggers, people going for an evening stroll as the temperature got more moderate. Couples enjoying a symphony orchestra on the lawn. 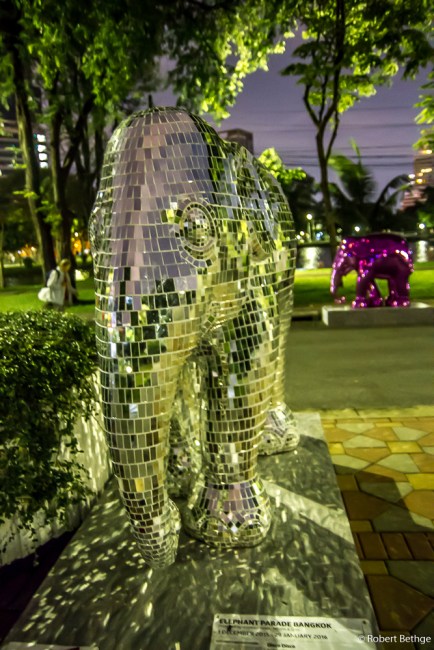 I got a kick out of the parade of decorative elephants in the park. There were hundreds of them, each one decorated differently! The elephants were for sale, so maybe I’ll bring back one or trade it in for my bike. I particularly liked the reflections in the “mirror elephant”. I went back later this week during daylight to take more photos of it, but all the elephants were gone!

One thought on “First Pictures from Bangkok”