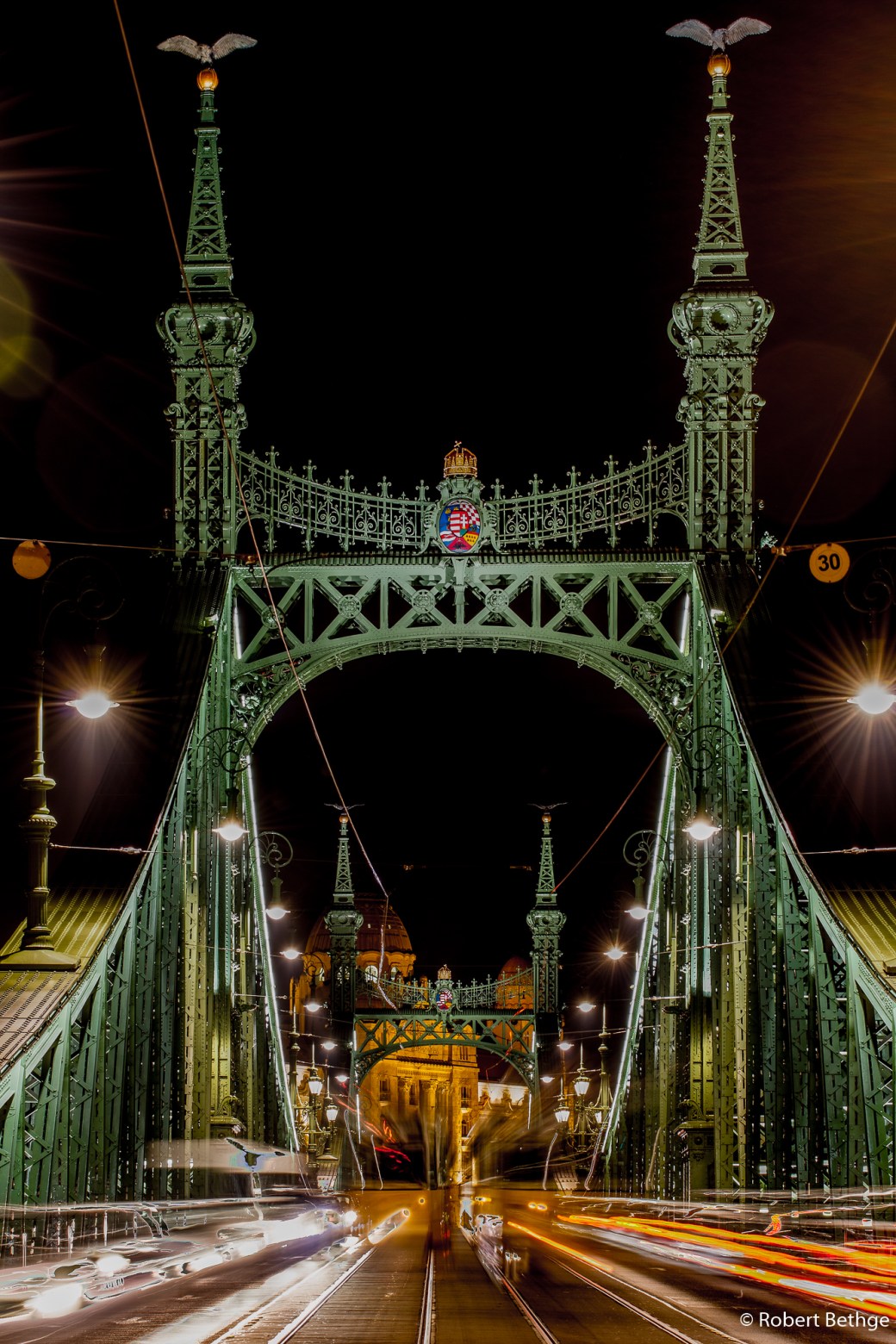 Did you know that the most famous bridge in the world, the Golden Gate Bridge in San Francisco, has a little, green brother? The two must have been separated at some point of time, though, because you can find the little green fellow in Budapest, in Hungary, and his official name is Liberty Bridge.

When I saw the Liberty Bridge for the first time, it pulled me immediately into its ban. Just like the Golden Gate, the Liberty Bridge is photographer’s delight: beautifully lit at night and surrounded by likewise skillfully lit buildings, it bridges the Danube, which reflects the lights in soft golden tones.

One of my favorite pictures of the Liberty Bridge is the one above. Do you see the ghost of two trams, one heading towards us, the other heading away from us? 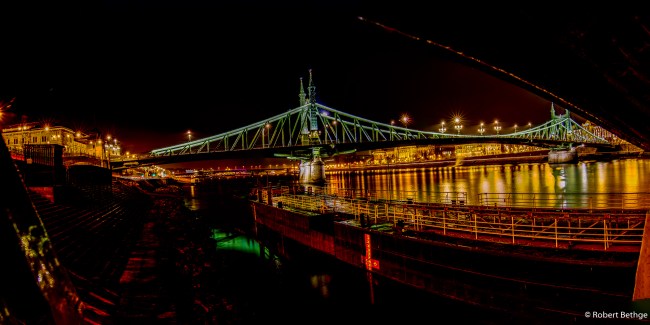 This photo I had to shoot from one of the piers that go into the Danube for the tourist boats. It’s actually a panorama consisting of 3 shots. I stuck the camera through the gap between two steel rods and couldn’t quite see the stuff below I was shooting. When I saw the pictures at home, I was initially disappointed that the beauty of the bridge seemed to be disturbed by that huge, black structure in the foreground. But now I actually like it better that way.It’s a less touristic, less postcard kind-of shot, but has a more gritty, industrial look and it builds a nice contrast with the green of the bridge and the gold of the surrounding buildings. What do you think? Enter a comment with your thoughts! 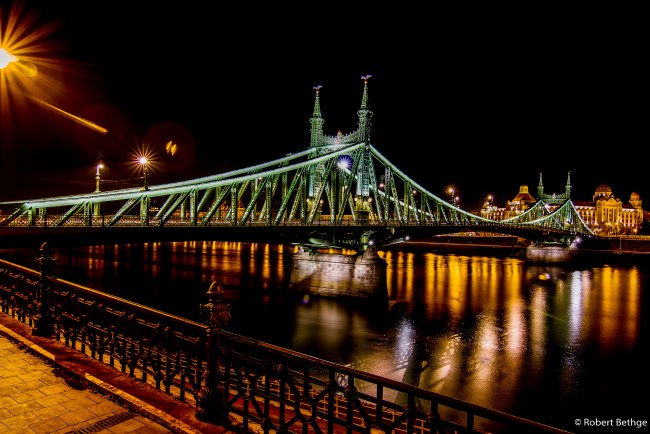 Here I like how the black railing in the foreground complements the green steel of the bridge. 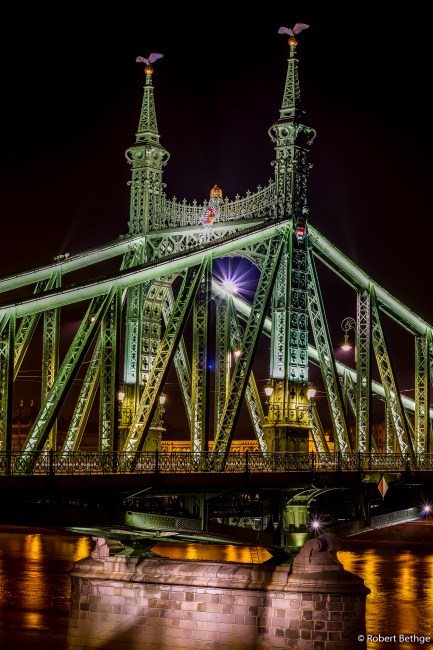 This photo was taken from the hill on the other side of the Danube on top of which the Citadel is located. Along the path going up that hill there are various platforms at different heights from which you have great views of the Liberty bridge.
Make sure to click on the pictures to see them full-size.