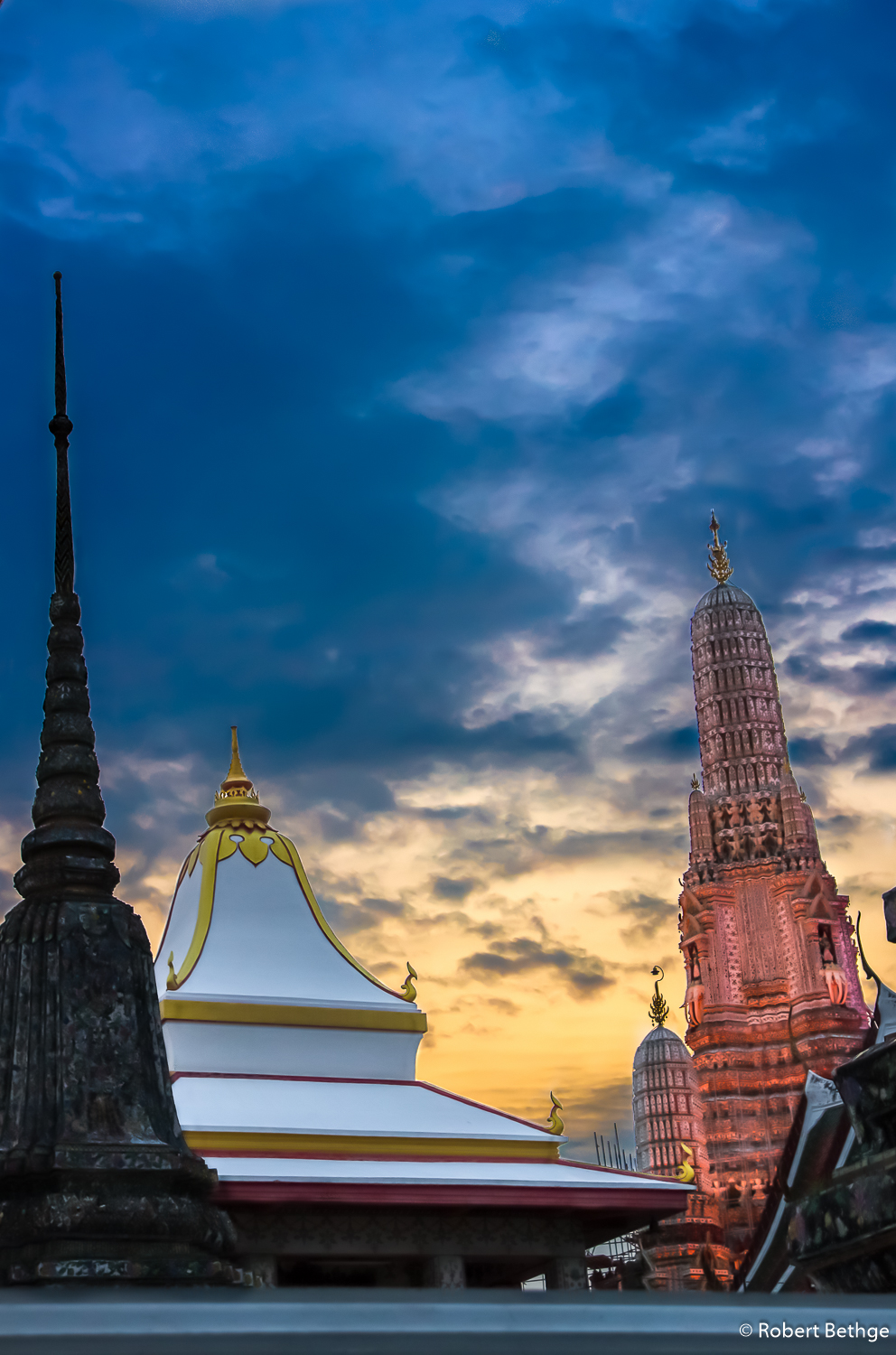 Wat Arun: The Temple of Dawn in the Sunrise

Even though Wat Arun, one of the most famous temples in Bangkok, is called “Temple of Dawn”, it is known for being quite beautiful at sunrise as well. Still suffering from jet-lag, I did what usually doesn’t come easy to me: getting up early! At 6:00 AM, I was on my way.

Wat Arun is a Buddhist temple located at the west bank of the Thonburi river. The origins of the temple go back to the 17th century and the prangs (spiers) that dominate the temple were built in the 19th century. Wat Arun is named after the Hindu god Aruna.

Feeling adventurous, I decided to take the bus. Well, the bus wouldn’t cooperate with me and after waiting at the bus stop for 20 minutes, I gave up and took a cab. I knew that the doors would open only at 8:00 AM, but the sun would rise at around 7:00 AM and I hoped to be able to take some nice shots of the temple in the sunrise from outside the complex. By the time I had gotten there, clouds had appeared and started to cover the sunrise. As far as the weather was concerned, it didn’t look very promising. Still I was able to take the shot above. Then it was time for breakfast.

Wat Arun is usually entered from the river after arriving by boat. Since I had arrived by taxi, I entered the temple complex from behind, together with the many monks that were arriving at the same time. The grim folks on the left were guarding the entrance. Peeking into doors closed for tourists at times revealed small retreats for worship.

Once the gates opened for tourists, I was surprised to see very few visitors. Inside I realized why: The temple was under construction! This turned out to be a blessing though, since I had the temple almost to myself. If you’ve ever visited a well known temple like Wat Arun, you know how rare that is. The scaffolding was not that hard to avoid on the photos. The sky had by now turned all grey, which is not ideal for shots showing a lot of sky, but the diffused light showed off some of the details beautifully. Also, the temple is so colorful that the grey sky ended up being a nice, neutral backdrop. So all in all it turned out to be a relaxing, inspiring shoot. 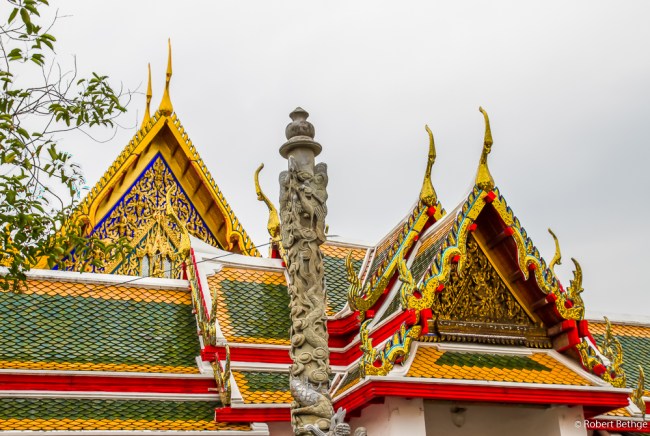 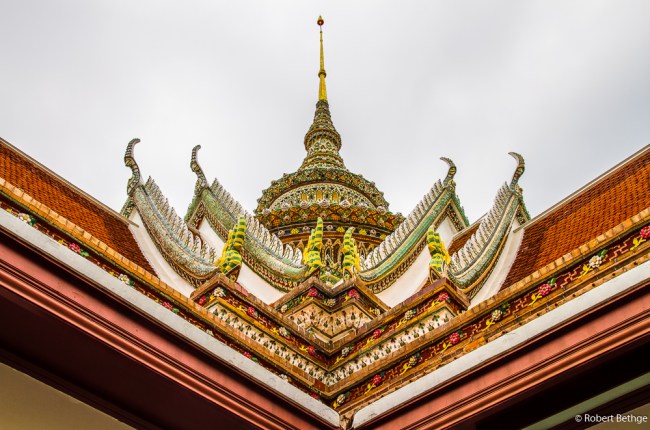 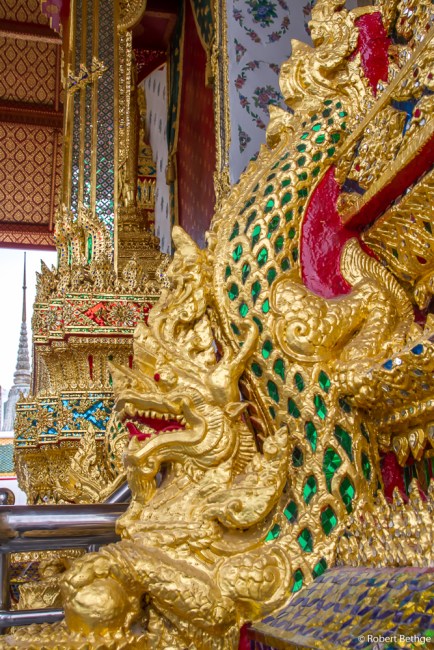 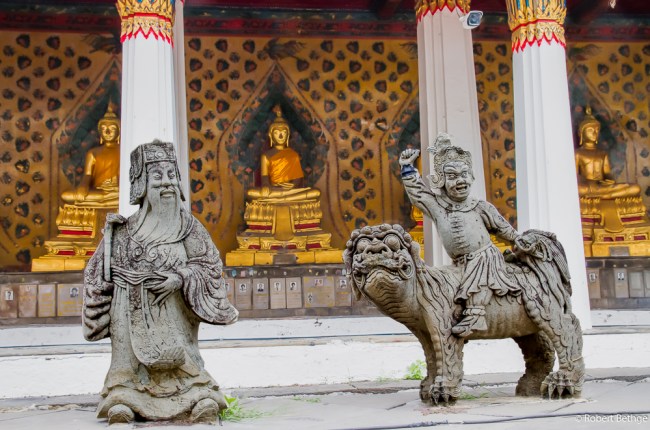 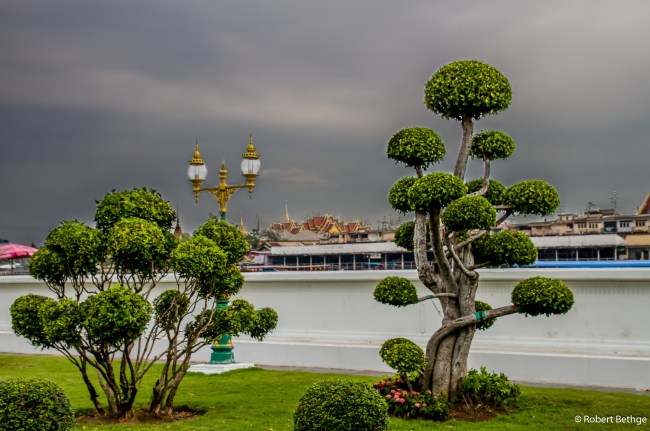 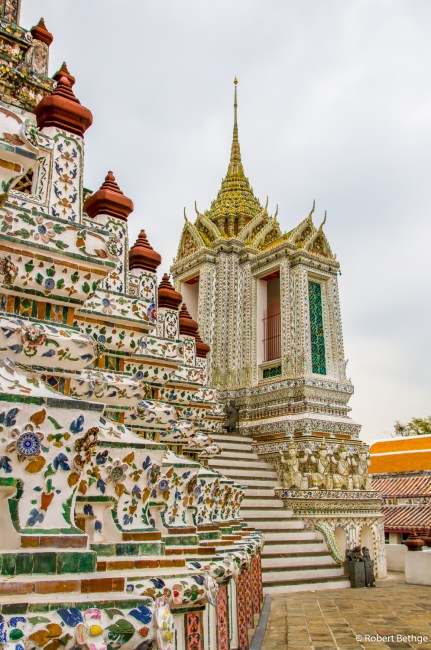 After leaving the temple it was time for lunch and I walked to a less touristic area to grab some authentic Thai street food. 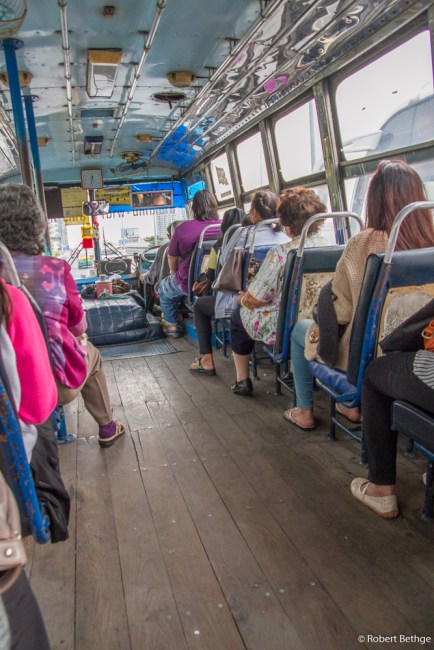 Even the bus showed up to get me back home.

One thought on “Temple of Dawn: Exploring a Mysterious World”