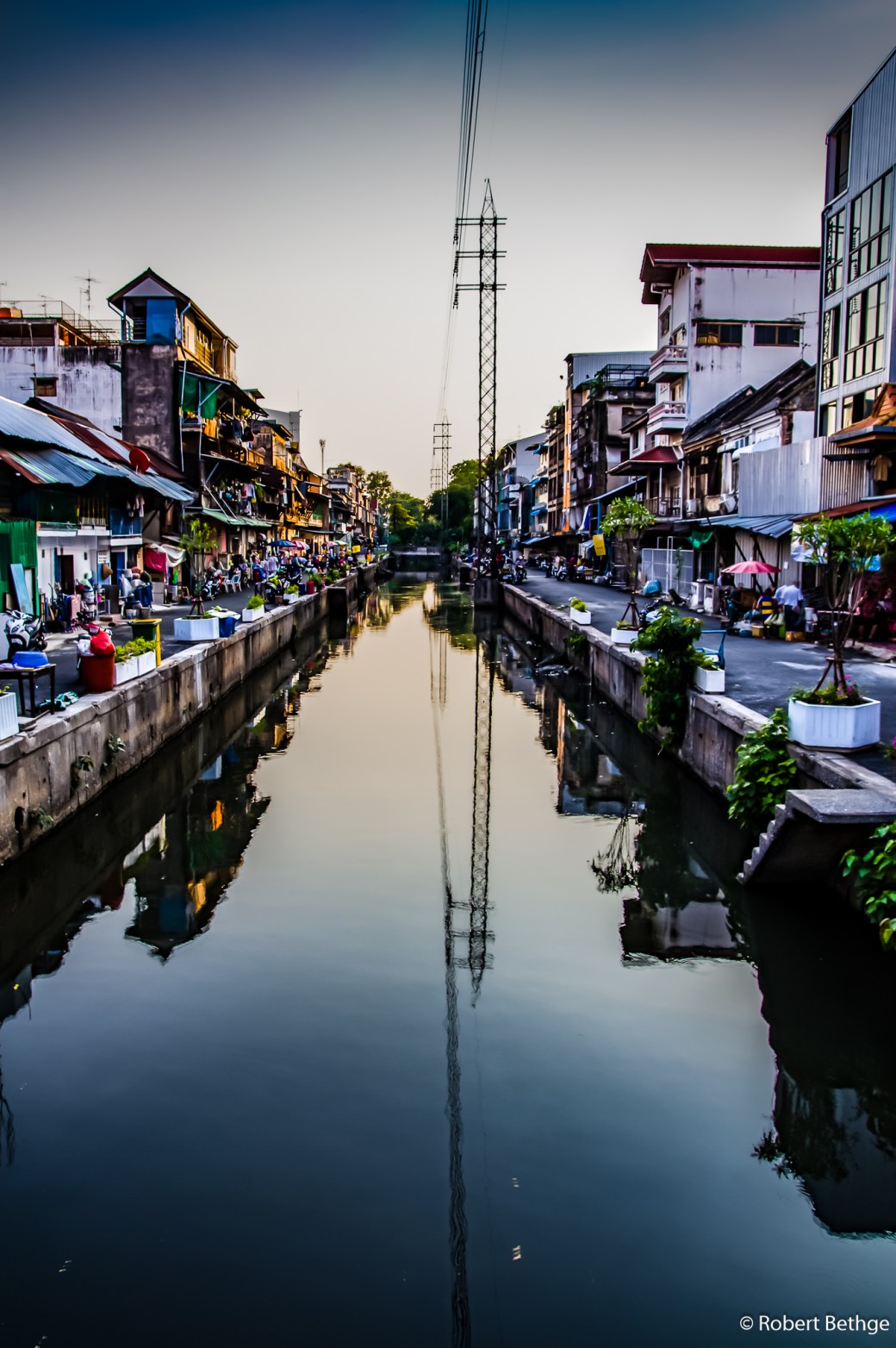 Every once in a while when I researched how to get to places in Bangkok using Google Maps, ferries came up as an option. I initially hesitated taking those routes, preferring buses and the metro, and sometimes the notorious Tuk-Tuk (I kept joking with Clint, an Australian friend I hung out with in Bangkok that Tuk-Tuk is Thai for “let’s rip-off a tourist”: these folks always tried to charge outrageous prices whenever we needed them). But when another tourist in the metro talked about how he went by boat to Bangkok Chinatown, I felt tempted also trying out these small, but fast boats with the long-pole motors.

These boats are no tourist boats, but are part of the public transportation system in Bangkok, and therefore they are dirt-cheap. But they are not for the faint of heart: The go quite fast, and they don’t stop for very long at the numerous stops along the river: You have to make sure you hop off or on as soon as the boat touches the pier. The staff might help you with a little, forceful push.

Going by boat to Bangkok Chinatown turned out to be more fun than Chinatown itself, though. There is lots of action, vessels of all sizes rushing up and down the river. You can also have a good glimpse at the skyline of Bangkok.

Chinatown itself wasn’t as much of a photo shooting opportunity as I thought. Mostly long, super-crowded and narrow alleys with lots of small shops. There is an alley for fabric, one for gold,… you get the picture. What flabbergasted me was how so many shops, all more or less carrying the same goods, can survive!
Not being overly impressed by Chinatown itself, I had a quick snack and headed back to the river. I seemed to have read that the last boat leaves at 7 PM, and I didn’t want to miss the boat (pun fully intended).

Thai “Las Vegas” on the River

At night the ride ended up being even more fun than in the afternoon…now many of the boats were decorated with beautiful, colorful lights! But the captain seemed to be more in a hurry than ever…and the boat was packed with people, now also many tourists heading back to their hotels. I was quite impressed how “tight of a ship” (there is the pun again…) these folks run.

For more information about going by boat to Bangkok Chinatown and other boats, please check-out this website.