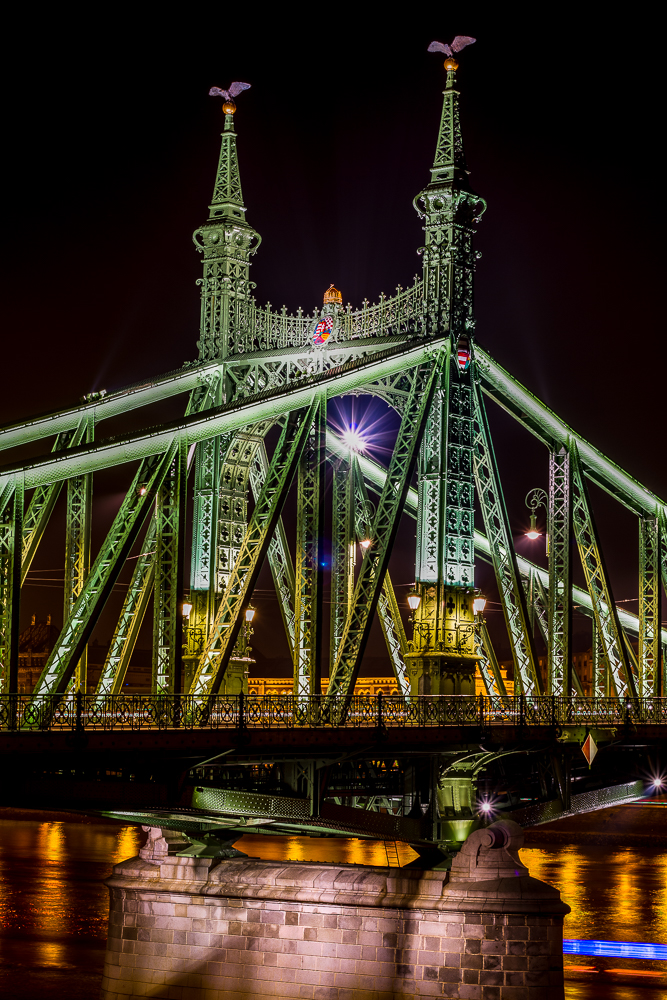 So here I am, in Budapest, all by myself. My host, Eva Kleyer, took me around on my first day, which gave me a first impression of the city. Budapest can be quite overwhelming, there is just so much to see, so where do you start?

One approach is to head to a well-known place, and just start exploring.

On our ride from the train station Eva and I passed by what she called “the green bridge”(she has these easy-to-remember names for places, which make it easier to maneuver the city without speaking Hungarian, one of the most difficult languages on the planet…once she told me that when taking the subway “head for the long thing that starts with two Ks”…certainly beats having to remember Köbyana-Kispest). I remembered the green bridge when looking for a starting point for my first photo “safari” all by myself in Budapest, so I googled “bridges of Budapest”, and  found out that the “green bridge” is actually the Liberty Bridge…hm, I like “green bridge” a lot better, makes it so much easier to distinguish the many bridges there are in Budapest. So I headed for my “green bridge” and took it from there.

But then we had this really gorgeous day, and I wanted to make sure to make the best use of my time, so I looked up “best photo ops in Budapest” on the Internet, and without knowing what it was (I intentionally didn’t check out the photos posted on the site, because I didn’t want to be biased and wanted to take “my own photos” of this place, which is not an easy task for a location that has been photographed a million times over…), I headed for the top spot listed on that site, which happened to be “Fisherman’s Bastion” (kind of reminded me of “Fisherman’s Wharf” in San Francisco, which is not the most photogenic spot in S.F.). I had no idea what I was up to!