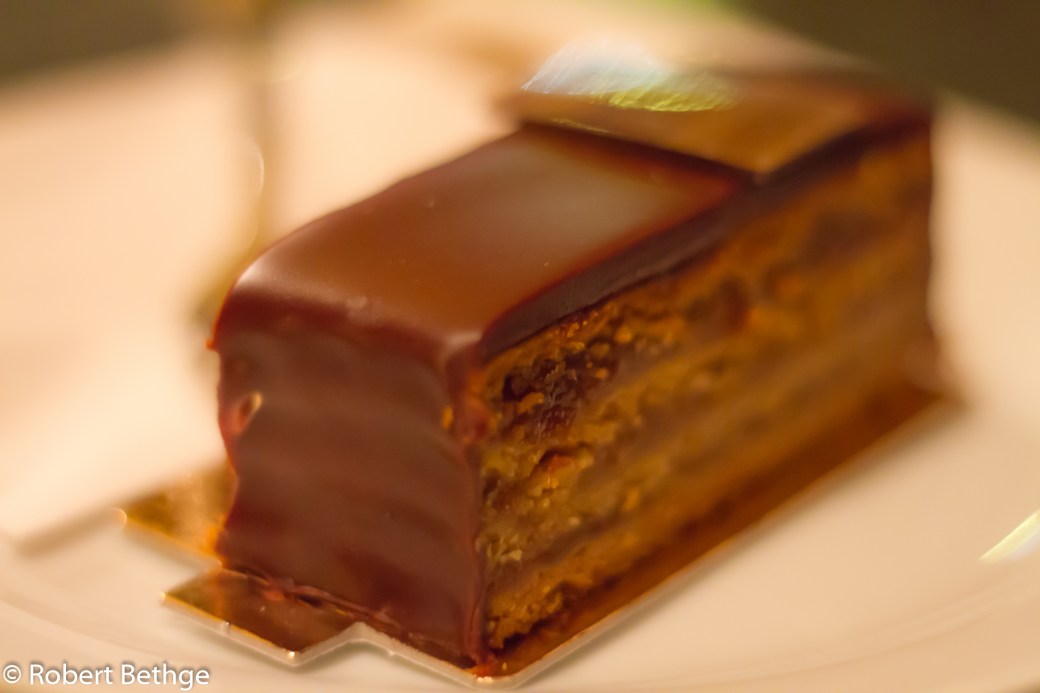 While sipping a hot chocolate with lavender in the infamous cafe Gerbaud in Budapest, I could’t resist experimenting with my new ultra-fast f/1.8 lens I had purchased recently using Gerbaud’s signature cake as a guinea pig (my apologies go to the capable folks at Gerbaud for mentioning their delicious and beautiful cake and pigs in one sentence). I was quite blown away, not only by the aforementioned cake, but also by the soft bokeh (photographers call the intentional blurriness of a photo in front of and behind the depth of field where the picture is in focus a “bokeh“) a high-speed (or low light) lens with a minimal f-stop of f/1.8 produces.

It also occurred to me immediately how this adds another layer of artistic freedom, but also complexity to photography: Since the depth of field can now be measured in millimeters, what exactly of your subject do you want to appear focused?

The two pictures on the left demonstrate that quite nicely. I shot them right at my table, in very low light, so I had to increase ISO to 4000 and do noise filtering in Lightroom subsequently. Shutter speed was 1/100 s for both photos and f-stop the aforementioned f/1.8. In both pictures, you can see just how shallow the depth of field is. The area before and behind that thin slice of focus is blurred, which results in a dreamy effect that works so well for food photography. In the first image, I focused on the back part of the cake, where the chocolate slice sits.

What these two pictures demonstrate nicely is how using a low-light lens at its minimum aperture introduces new variables for artistic interpretation by the photographer, for instance how to fine-tune the depth of field and where on your subject to position the focal plane.

A dreamy bokeh is not limited to big-budget lenses. In my case, I used a fixed lens (no zoom) from Canon with a focal length of 50 mm for around 100 Euro.

Bokeh btw is Japanese (not french, and it’s not spelled bouquet, which is used in the context of flowers and wine…) and means blur or haze.